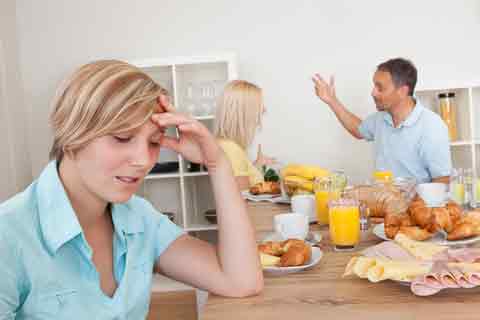 If you or a loved one has been charged with assault or aggravated assault, you need the services of a qualified, experienced and aggressive assault defense lawyer. Cindy Castillo is highly trained and experienced as an assault defense lawyer in Phoenix AZ. Many people are under the misconception that getting into a shoving match, roadside arguments or bar fights are small incidents that can be ignored. To the contrary, assault and aggravated assault charges are serious and can have drastic criminal and collateral consequences. If you are convicted of assault or aggravated assault in Arizona, you are not only looking at fines, anger management and possible domestic violence counseling, but also jail or prison time and having a lifelong criminal record that can make life difficult for you.
Arizona law, A.R.S. §13-1203, defines “Assault” when a person either intentionally, knowingly or recklessly causes any physical injury to another person; knowingly touches another person with the intent to injure, insult or provoke; or intentionally places another person in reasonable apprehension of imminent physical injury.
In Arizona, you can be charged with misdemeanor assault and/or felony aggravated assault. The difference between being charged with a misdemeanor assault and felony aggravated assault can mean the difference between going to jail and/or going to prison.

A dangerous offense is explained in more detail under the dangerous page.

Why You Need the Best Assault Lawyer?

Assault or aggravated assault charges can have an adverse effect on your life as well as on your family members. You need to immediately seek the services of an experienced and aggressive assault defense lawyer. You need a lawyer who has the ability to defend you aggressively by changing the view of the prosecution, jury or judge, so that it favors you and your side of the story.
Many times, when officers receive a call for an assault (especially in domestic violence situations), they pick a side and their investigation becomes one-sided either because one side is able to articulate their side better than the other; one side has more witnesses than the other; one side seems more believable than the other; one side’s injuries are more visible than the other; and/or one side is acting irrationally or has had too much to drink and the officers simply don’t want to parse out the difference between acting irrationally and who was actually the first aggressor in an assault situation. Often, the police, as well as the prosecutor check the story only with the person they identify as the victim and hence, they only have that victim’s point of view. The accused’s point of view is often ignored or disregarded.

A qualified, experienced, and aggressive assault defense lawyer will do the following to help your case:

A lawyer who is willing to defend your side will investigate events that could have an effect on the outcome of your assault case. These include self-defense, defense of property, your state of mind at the time of the assault, and/or your reaction to a perceived threat, victim’s character and other witnesses character for untruthfulness, and victim’s reputation for being violent and aggressive.
If you do not have a qualified, experienced, and aggressive assault defense lawyer handling your case, you face a conviction, possible jail time or a long prison sentence that Arizona law allows for certain types of assault and aggravated assault cases. These are just some of the reasons why you need to take immediate steps and hire the best lawyer to defend you in Phoenix AZ. Pick up the phone and make an appointment for a no-obligation consultation. It is free and well worth your time. Cindy Castillo will examine the case and come up with options to try and get the charges dismissed. If that is not possible, she will ensure that the best possible defense strategies in trial are used to minimize the exposure and/or conviction.
You can rely on Castillo Law to help you strategize in every way possible to get you an acquittal, dismissal or your charges lessened in your favor.

Click here to learn about Questions you should ask when hiring a criminal defense lawyer or attorney.

Assault Lawyer in Phoenix Arizona was last modified: May 18th, 2018 by Cindy Castillo