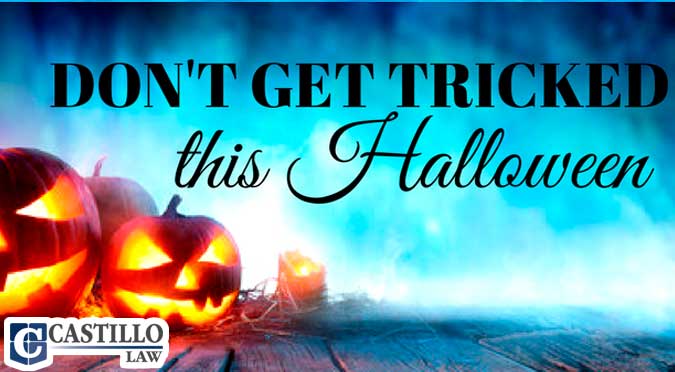 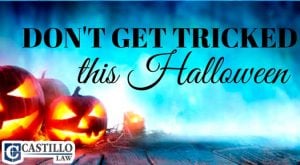 Trick-or-treating did not become a Halloween tradition until the 1930’s. Back then, people who complied with kids’ requests for treats were left alone, but those who did not comply were punished with a trick. Unfortunately, law enforcement is not handing out treats this Halloween. They could be handing out tickets, or worse, taking you to jail. DUI enforcement does not stop just because you are wearing a costume or coming home from a great time at a Halloween party. Choose a designated driver, or better yet, take a pass on the witch’s brew and potions and save yourself from being sent to the dungeon with the other ghouls.

The month of October brings Maricopa County’s Operation Safe Treat, which is a collaborative effort involving the U.S. Marshals Service, federal and state law enforcement, and local partners to arrest fugitive sex offenders and wanted suspects in crimes against children. They conduct massive roundups in hopes of an incident-free Halloween. In October of 2016, 73 fugitives were arrested, and 84 warrants were cleared before Halloween.

If you are a sex offender, be sure to comply with Arizona’s sex offender rules and if you are on probation, make sure you are following your probation requirements.

Anyone listed as a registered sex offender must abide by these rules:

Teams formed by Arizona’s police and probation officers perform unannounced check-ups on Halloween to ensure sex offenders are compliant. Also, sex offenders should double check their probation terms before going to haunted houses, corn mazes, or any other Halloween event. Don’t let one night of fun steer you towards a probation violation!

For the weary parents out there, children are more likely to be hit or killed by a car on Halloween than any other time, so please be safe and keep an eye on your children. Make sure they know the dangers of running out into the street, as well as the fact that Halloween is one of the top party holidays. Be aware of your children’s surroundings and be careful of drunk drivers!

If you find yourself in a position where you are not coherent enough to operate a vehicle – use Uber or Lyft, do not drink and drive! However, if you do end up in a situation where you need legal assistance, Castillo Law is available to help 24/7 at 480-206-5204.

Don’t Get Tricked This Halloween! was last modified: October 25th, 2017 by Cindy Castillo